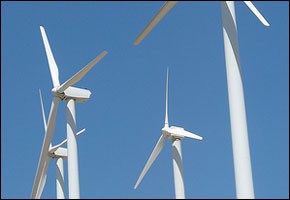 As you all know, I’ve been pushing my plan to get us off foreign oil to anyone and everyone who will listen, and that includes the leaders of some of the biggest companies in the country like Wal-Mart. These folks operate the world’s largest retail organization. Like me, they’re in business to make a profit. But they’re also forward thinkers and they’re all for developing domestic energy sources, which is why I was so pleased to see the news in last week’s papers that they were working with Duke Energy to use wind power to provide up to 226 million kilowatt-hours of power. Beginning next spring, all that energy will end up going to 360 of the company’s stores and distribution centers in Texas.

Wind and solar are domestic, they’re renewable, and they’re ours. Best of all, Wal-Mart won’t have to pay a penny more than they’re already paying right now. In the process, they’ll be helping all of us get one giant step closer to ensuring our energy security.